Since 1988, sharks have been starring for a whole week in more than 72 countries – on air. Shark Week is an annual programming on Discovery Channel that takes place in July or August and celebrates all things sharks. 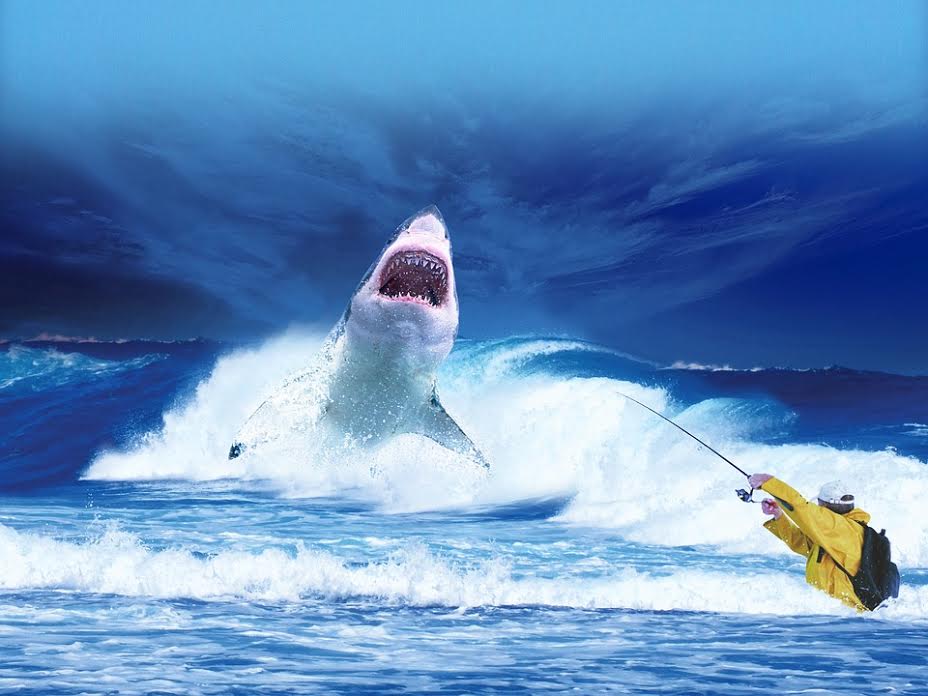 Originally created to raise awareness and respect for sharks through the use of factual information and interesting film footage, Shark Week is the longest running cable television event in history and has become a pretty big deal in the past few years.

Today, in addition to educational shows that raise awareness about the impending extinction of sharks, this annual event is also about entertainment, with many people eagerly waiting for it to host viewing parties and play various games centered on the shows.

The popularity of the show was further magnified by the “Megladon: The Monster Shark Lives”, an episode that ranks as the greatest to date with 4.8 million viewers.

Shark Week episodes air daily on the Discovery Channel for eight days during the Shark Week.

This year’s Shark Week’s highlights included Michael Phelps, who is featured in two separate Shark Week episodes – “Phelps Vs Shark: Great Gold vs. Great White”, as the Olympic gold medalist attempts to be faster than a great white shark, and the “Shark School with Michael Phelps”, where he learns about sharks at Bimini Shark Lab in the Bahamas.

Whether you are a Shark Week fan or just a shark aficionado, you will love knowing that that every week can be a “shark week” with remarkable shark gummies!

And even if you are not a fan of the Shark Week shows, but you love candy and gummies – like most of us do – you will be happy to know that in the wondrous Land of the Gummies, sharks and many other colorful characters of amazing flavors come to life.

These mighty sharks are not to be feared; as a matter of fact, you will find them to be absolutely delicious! 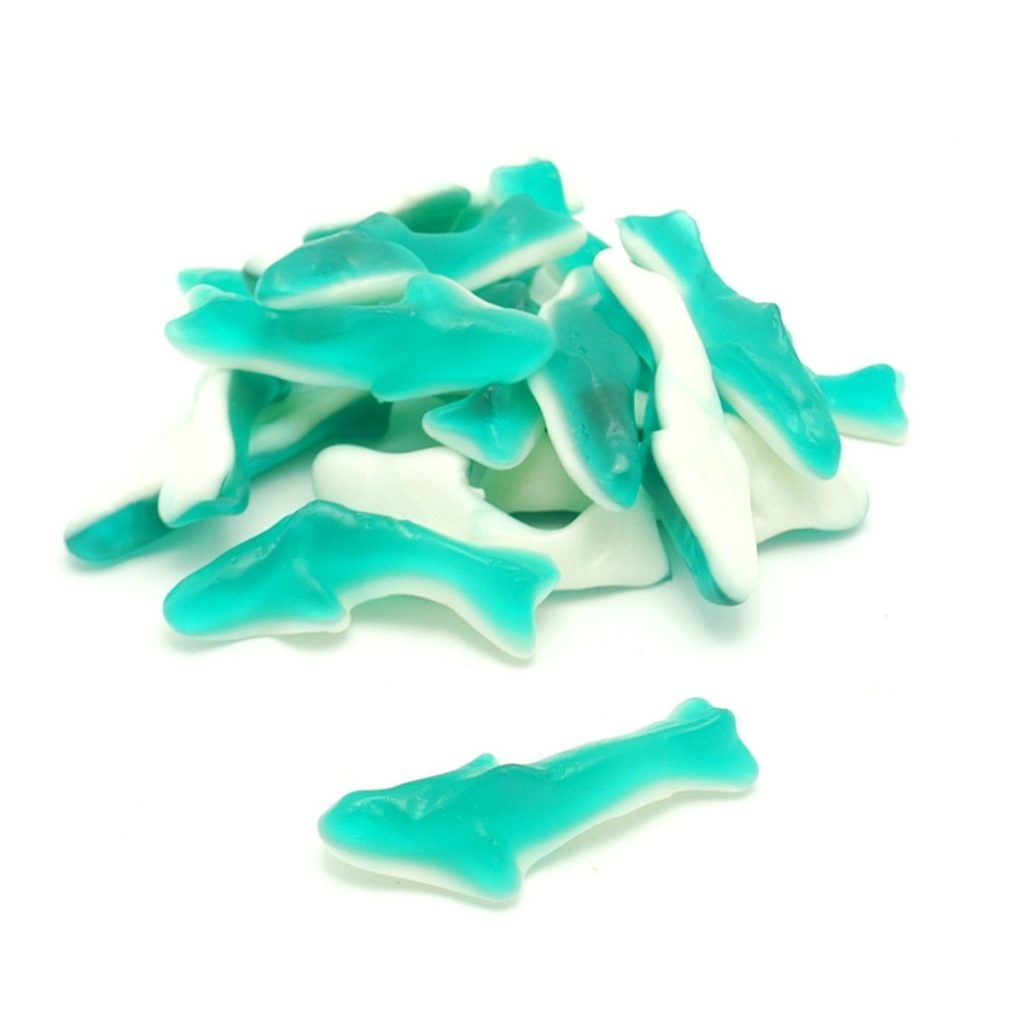 Our gummy blue sharks with foam bottom boast a translucent blue-green color that looks just like the depths of the ocean, with white foam bellies perfectly mimicking the belly of the great white shark. Just wait till you sink your teeth into these and experience the yummy blue raspberry flavor and great firm bite. 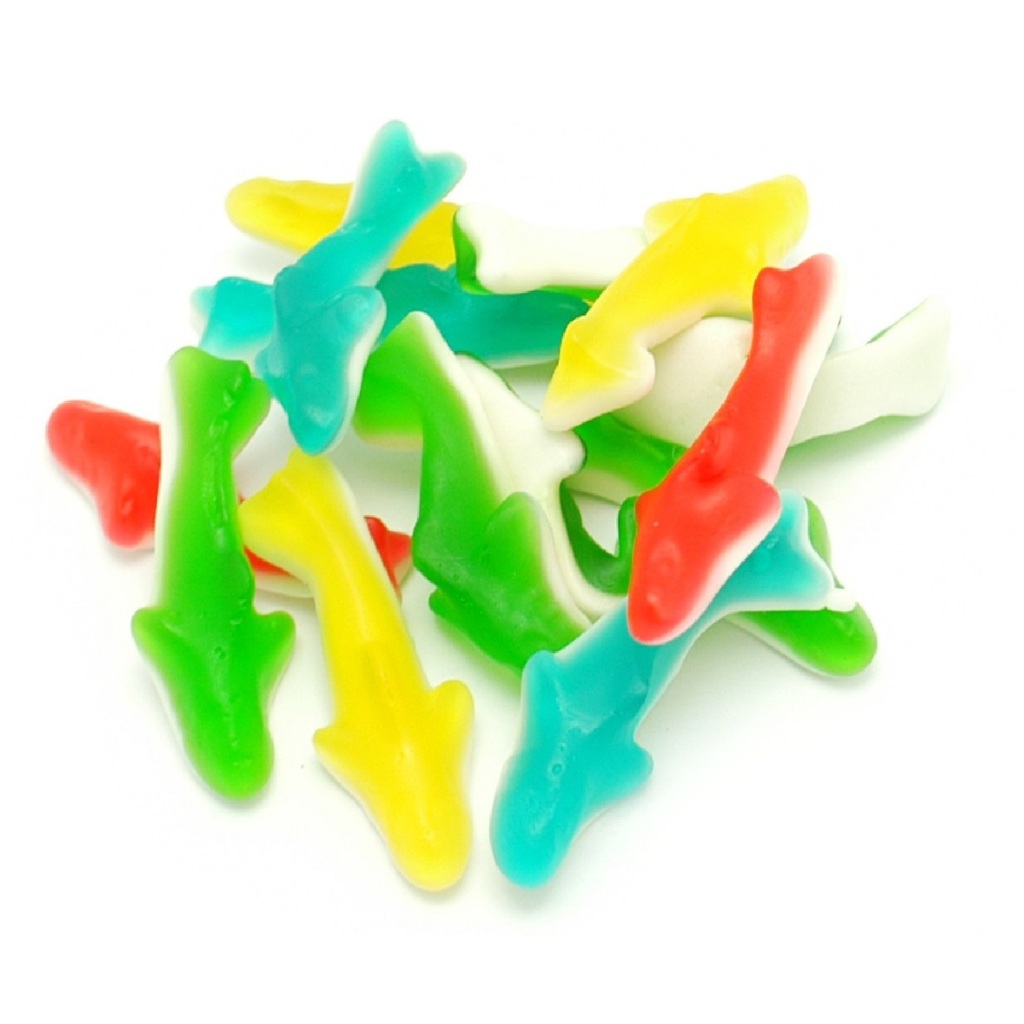 Or, get your swarming school of colorful gummy sharks in cherry red, lime green, lemon yellow and blue raspberry.

The LOTG assorted sharks and their translucent, brightly colored bodies with creamy white foam bellies that almost look like scales are perfect for themed parties, picnics, and snacks. You will be amazed by the detail, delicious flavor, and firm bite of these gummies.

We invite you to visit Land of the Gummies and select from many different flavors, colors and shapes, including gummy sharks, gummy snakes, gummy worms, Gourmet Filled Gummies™, and much more! 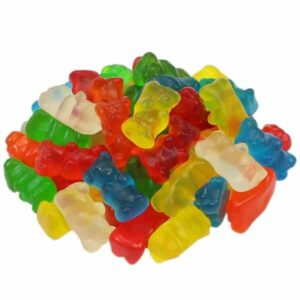